You are here: Home1 / Products2 / State Level Criminal Records
Warning: Use of undefined constant SLCR - assumed 'SLCR' (this will throw an Error in a future version of PHP) in /home/customer/www/trudiligence.com/public_html/wp-content/themes/trudiligence-child/functions.php on line 3428

When you are conducting a prescreen background investigation, it is of utmost importance to obtain a criminal history. These searches typically fall in two main categories: arrest records and court records. The use of each category has its strengths, weaknesses and compliance requirements, so it's important for you to evaluate what you are trying to achieve to determine which is best for your application. These statewide records shown below are a combination of arrest and court based systems.  They typically contain felony charges and most misdemeanors depending on the state and source. Municipal- or city-level courts may or may not be included, and this municipal coverage will vary by jurisdiction.
Arrest records usually are housed at the state level in a databank maintained by the governing law enforcement body within each state. Many of these systems are fingerprint driven, meaning when an individual is arrested and fingerprinted those fingerprints are submitted to the state databank for tracking purposes. The records that subsequently are pulled indicate an individual's arrest record based on those fingerprint submissions.
If an illegible fingerprint card is submitted, the state will return it to be redone. By then, the subject already may have been released from custody and is not available to be re-fingerprinted. Subsequently, there will not be a record of this arrest in the system.
The primary disadvantage to most arrest record systems is they do not contain disposition information on the charges. This means you will not know if the person was convicted of the crime for which he was arrested. However, using arrest records also can be an advantage. The arrest record in itself may show a pattern that could pose a potential concern, depending on the position for which your applicant is applying. This pattern could be critically important, regardless of whether a conviction was entered, depending on the position you're trying to fill.
In contrast, court based records are driven by courthouse records and typically contain full case details including dates, charges, dispositions and sentencing details
Finally, the list of available states is noted below.  These are a combination of arrest records and court records depending on the state.  A detailed description of each state and what the statewide search encompasses is available upon request.
Important Note: The validity of statewide systems also can be dependent upon their ability to get data from individual county jurisdictions. If a county does not update its data to the statewide system on a regular basis, or at all for that matter, the statewide system may have holes in its coverage area. Therefore, statewide records should be used only as a cursory review of an applicant's record. TruDiligence does not recommend the use of statewide records as a means of promoting due diligence in hiring practices or maintaining compliance with the Fair Credit Reporting Act. County-level courthouse records are recommended for this purpose.
Searches are priced on a per-name basis and the total product cost is the cost plus any additional state fee as noted below.
Time Saving Tip:  Our system provides time saving functionality which can automatically assign this search type based on known address history for a specified period.

Are you interested in this product? Please fill out this short form below and one of our knowledgeable sales representatives will contact you shortly. 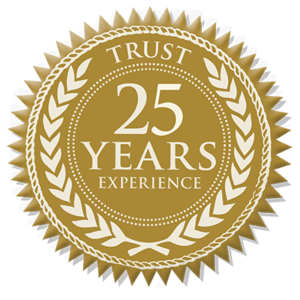